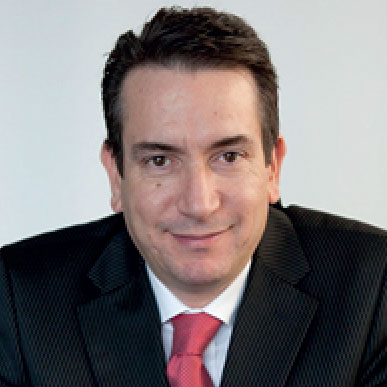 Ms Allman is a highly accomplished Project Leader with over 23 years of global clinical trial management experience. Prior to joining Oculis, Ms Allman was a Senior Project Leader at Parexel, a renowned Clinical Research Organisation in the field of Ophthalmology, where she undertook several leadership roles and worked alongside a wide range of leading pharmaceutical companies. While at Parexel, Ms Allman played a key role for Oculis in the successful delivery and completion of the DX-211 study with OCS-01. From an educational perspective, she holds a Bachelor of Science in Applied Statistics from Sheffield Hallam University in England. 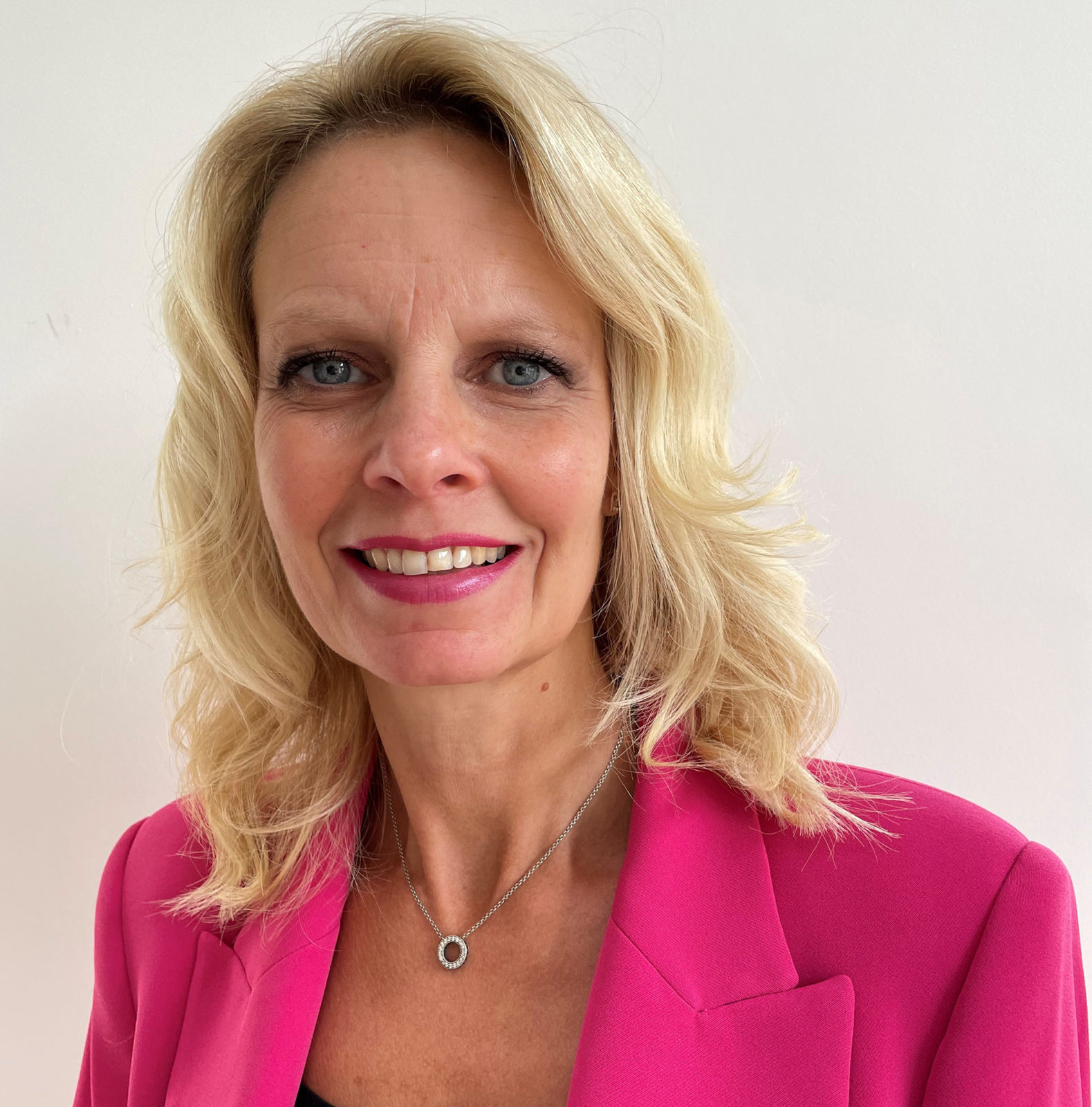 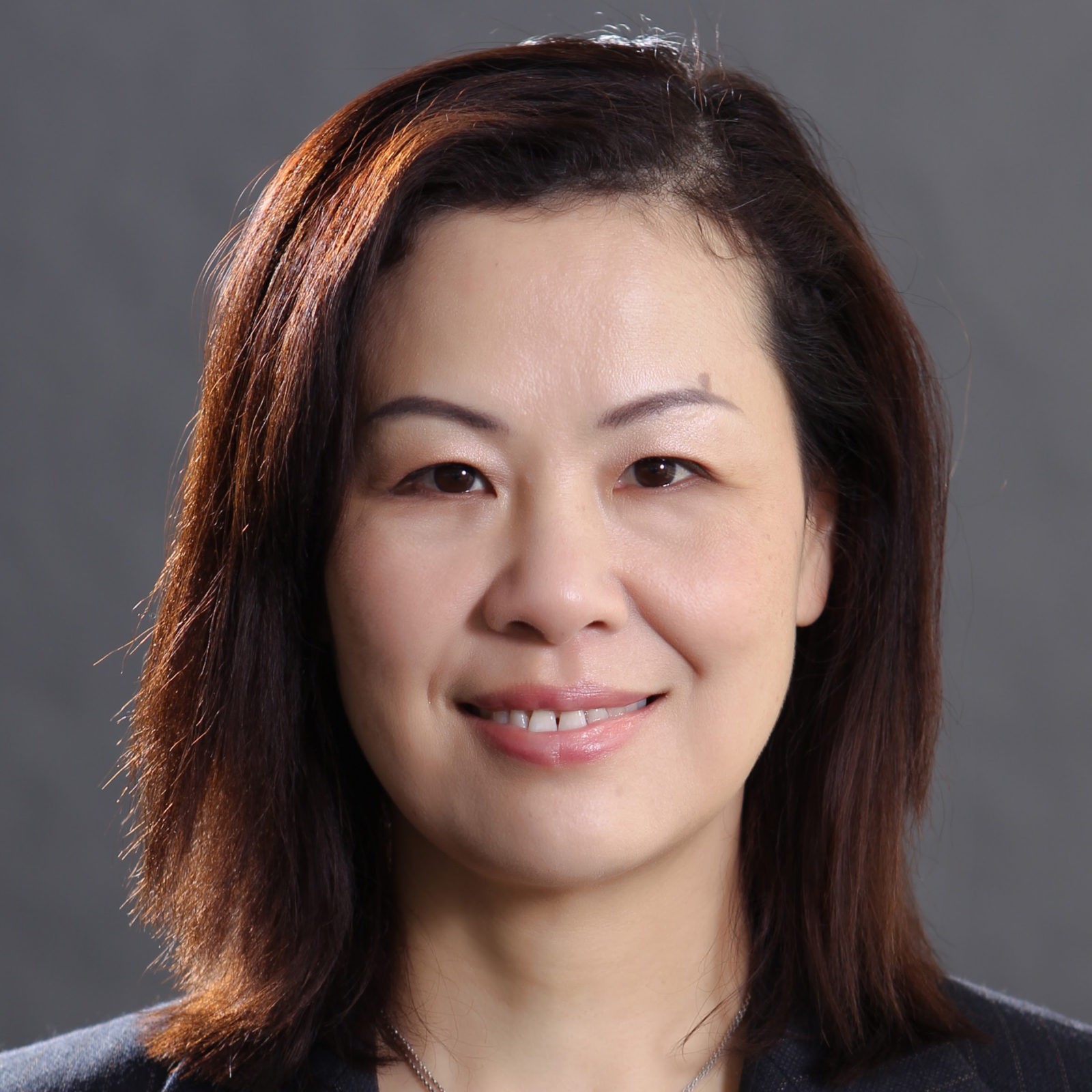 Ms. Cheung has 20 years of financial and general management experience at emerging growth life science companies. She joins Oculis from the NASDAQ-listed company Anika Therapeutics, Inc. where she was CFO from 2013 to 2020. During her tenure, she played a vital role in redefining and executing the company’s mission, vision and long-range financial-operational targets; supported and enabled U.S. launches of key therapeutics products; and executed on three strategic acquisitions. Prior to Anika, Ms. Cheung held a series of financial management positions of increasing responsibility at Transkaryotic Therapies, Inc., which was acquired by Shire Pharmaceuticals in 2005. Ms. Cheung began her career in the technology audit practice at PricewaterhouseCoopers. She holds a Bachelor of Business Administration degree in Accounting from the University of Massachusetts in Amherst, an MBA from Boston University, and was certified as CPA in Massachusetts.

Mrs. Gauthier has 18 years of operational experience across a diverse range of therapeutic areas and healthcare sectors. She joined Oculis in 2018 from Pharmascience, where she was Commercial Head for Pendopharm, branded products division of Canadian based Pharmascience. Prior to Pharmascience, Mrs. Gauthier spent more than 10 years with Novartis Canada where she held several commercial positions of increasing responsibility, culminating in National Sales Associate Director. Her consolidated experience and knowhow span over complimentary disciplines – sales, marketing, market access, analytics, business development, and communication, providing her with a 360 ° overview of commercialization. She holds a Bachelor of Business Administration degree in Finance and Marketing from the University of Quebec in Montreal, an M.Sc. in Administration specialized in marketing from HEC Montreal, where she returned as lecturer. She was also certified in 2014 as Project Management Professional (PMP) by the Project Management Institute. Strong advocate for social involvement and believing in giving back to the community, Mrs Gauthier takes great pride in being one of the five founding members of Women Leaders in Pharma, association which aims at empowering women in the pharmaceutical industry; she also held different roles on committees and as a volunteer. She currently serves as a non-executive member of the EPFL Innovation Park Foundation Board. 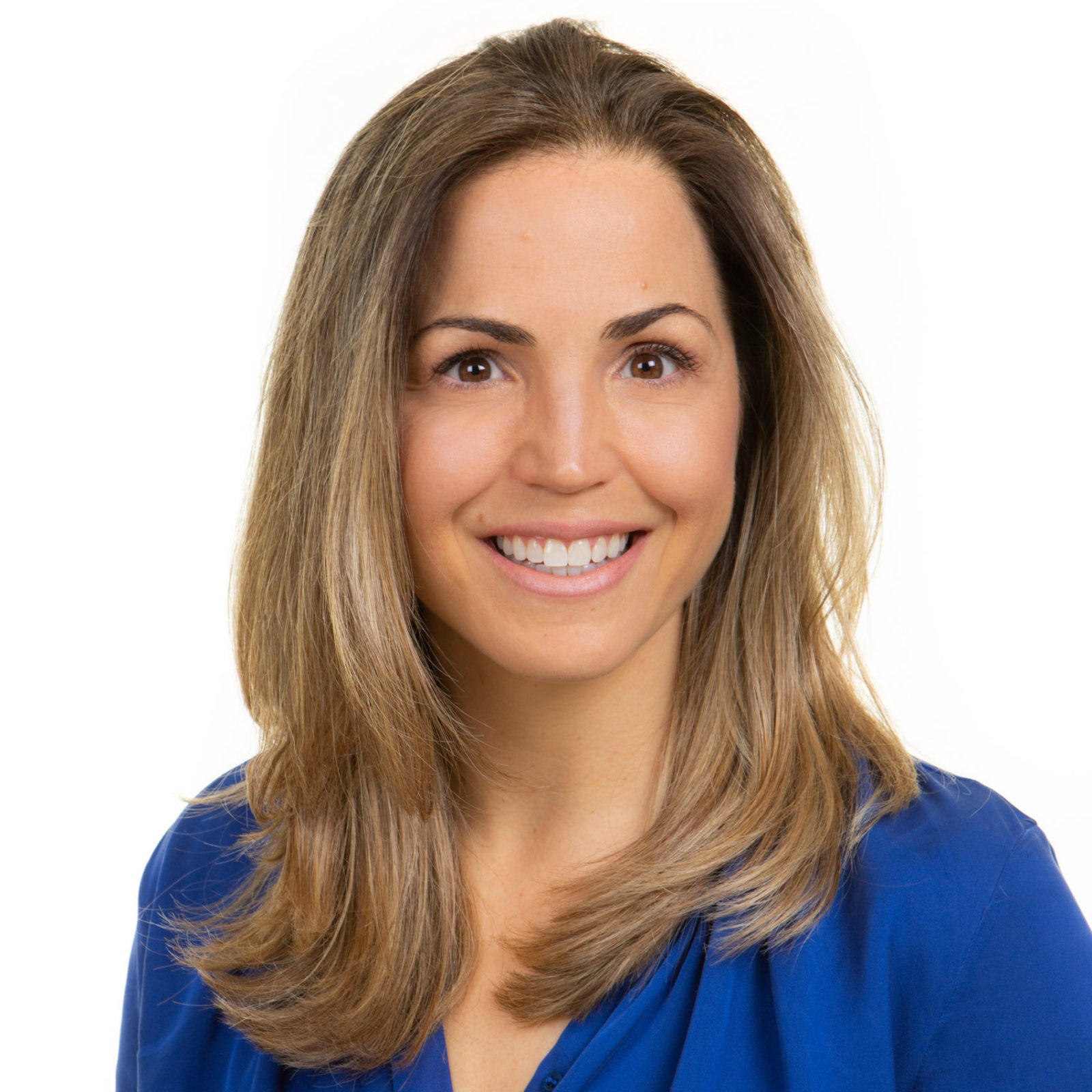 Mr. Jóhannesson joined Oculis in 2015 from Straumur Investment Bank where he served as Managing Director Corporate Finance. Prior to joining Straumur in 2015, he worked for Islandsbanki, and its predecessor Glitnir Bank, in Corporate Finance and Business Development. He has broad sector experience, having managed and advised on transactions within multiple industries, including pharmaceuticals, venture capital, energy, financials, and various manufacturing industries. Mr. Jóhannesson’s transaction experience includes, IPOs, private placements, M&A and restructurings. Mr. Jóhannesson has a B.Sc. in Industrial Engineering from the University of Iceland, an M.Phil in Management Science from the University of Cambridge and is a certified securities broker in Iceland.

Mr. Maderi joined Oculis in 2021, from Santen, a key player in Ophthalmology, where he was Head of Quality EMEA. Prior to Santen, he held several Global Quality Assurance and Management position from the Biotech, Pharma and Devices industries. He brings in expertise covering product life cycle from R&D to commercialization. Mr. Maderi worked at GSK, Ferring and BBraun where he oversaw and led quality over product development, commercial regions and manufacturing for sterile and non-sterile products.  Mr. Maderi received an executive MBA from the University of Geneva and an MSc in Chemical Engineering from EPFL. 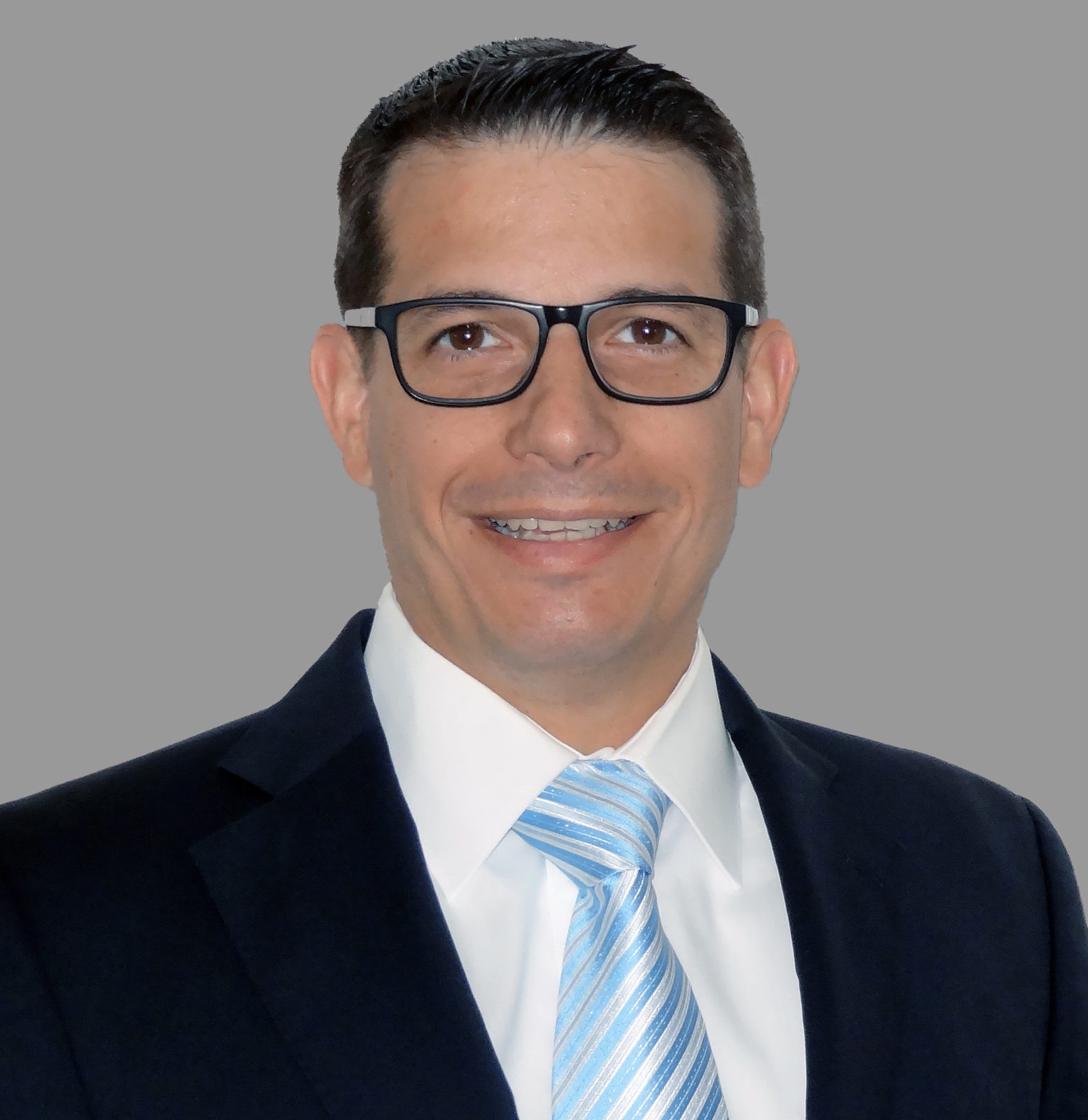 Dr. Pilotaz joins Oculis with more than 20 years’ experience in innovation of global sterile health products in both pharmaceutical and medical device industries, including 15 years in the Ophthalmology sector specifically. Most recently, he was Senior Director and Head of CMC and Pharmaceutical Operations at Nicox S.A. in charge of several outstanding ophthalmic development projects for the USA market. He has previously worked for Becton Dickinson and Laboratoires Thea with multiple incremental leadership positions in the R&D field.

Dr. Pilotaz completed a doctorate degree in pharmacy from the Grenoble school of pharmacy and he has a noteworthy experience in both intellectual property, project management, device design and marketing. He has an extensive track record in sterile drug design, development, industrialization and registration. He is co-author in 5 formulation patents for topical ophthalmic drugs and successfully contributed to multiple drugs commercialized in both Europe and USA.