Mr. Rosenberg is a Board member at MPM portfolio companies Radius, Cullinan and TriNetX. In addition, he is also an independent Board Member at argenx BV. Prior to joining MPM, Mr. Rosenberg served as Global Head, M&A and Licensing (Corporate) for Novartis, based in Basel, Switzerland. In this role, he oversaw the Novartis portfolio transformation, a comprehensive set of transactions announced in 2014 to focus Novartis on its global businesses in innovative pharmaceuticals, eye care and generics. Mr. Rosenberg joined Novartis’ predecessor company, Sandoz, in 1980. He is a Board member at MPM portfolio companies Radius and TriNetX and is a former board member at Clinical Ink and Idenix, both former MPM portfolio companies. Since January 2016, Mr. Rosenberg has also been an advisor to Serodus ASA, a drug development company focused on the area of diabetes. He has a BSc. (Hons) in Biological Sciences from the University of Leicester and an MSc. in Physiology from the University of London

Mr. Blöndal is a founding partner at Brunnur Ventures, the General Partner of Brunnur VC Fund, based in Iceland. He has 25 years of experience in the private sector as a start-up co-founder, VC fund manager, and as an investment banker. Mr. Blöndal has served as a board director in numerous start-ups in the fields of healthcare and IT. He holds a C.Sc. degree in Engineering from the University of Iceland and a M.Sc. degree in Information Technology from Denmark’s Technical University.

Mr. Carnot has been Managing Director at Bay City Capital since joining the firm in 2005 after having been extensively involved in the firm’s activities as part of The Pritzker Organization since 2000. Mr. Carnot is based in Bay City Capital’s office in Basel, Switzerland, where he manages the firm’s European activities. Prior to The Pritzker Organization, Mr. Carnot was a Principal at Oracle Partners, a healthcare hedge fund. He also held several positions in the pharmaceutical industry, including Product Manager for Prozac at Eli Lilly and several sales and marketing positions at Sanofi-Aventis. He was also a strategy and management consultant to the biopharmaceutical industry at Booz Allen & Hamilton, and Accenture Strategic Services. Mr. Carnot holds an MBA with Distinction from INSEAD and a M.Sc. in Molecular Biology from the University of Geneva.

Bart Dzikowski is a Managing Director at the Novartis Venture Fund and its Head of Transactions & Legal based in Basel, Switzerland. He currently serves on the boards of Enterprise Therapeutics Ltd, Inflazome Ltd. and Oculis S.A. Prior to joining NVF, Bart held various senior roles in Novartis’ Corporate Legal M&A and Business Development & Licensing groups. Before joining Novartis in 2009, Bart was a Vice President with the Investment Banking Division of Bank of America/Merrill Lynch in New York and, before that, he was an attorney with the Corporate/M&A Group at the law firm of Allen & Overy LLP in New York. Bart holds degrees in common law (LL.B.) and civil law (B.C.L.) from McGill Law School in Canada and is a member of the New York State Bar. 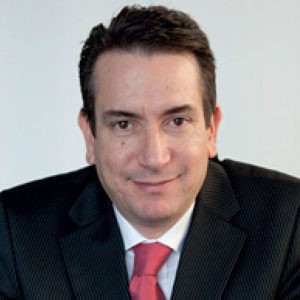 Prior to Novartis, Dr. Sherif worked for several pharmaceutical companies, holding positions of increasing seniority, mainly in marketing and general management with international scope. Dr. Sherif is a medical doctor by training, and also has an MBA from IMD and a Specialized Master’s degree in Medical Management.

Dr. Skinner is Senior Vice President, Venture at Tekla Capital Management. Dr. Skinner is Chairman and independent Board Member of Macrolide Pharmaceuticals and a Board Member of GenomeDx and Curasen Therapeutics. Prior to joining Tekla, Dr. Skinner Served as Deputy Head and Managing Director of Novartis Venture Fund. In addition, Dr. Skinner has been CEO of SelectX Pharmaceuticals and NeoGenesis Pharmaceuticals and has held positions in Business Development for Novartis Institutes for Biomedical Research, Pharmacia, Pharmacia & Upjohn and Lexicon Genetics. Dr. Skinner was a postdoctoral fellow at Baylor College of Medicine in the department of Human and Molecular Genetics, earned his Ph.D. in Microbiology and M.S. in Biochemistry from the University of Illinois and M.S. and B.S. in Biology/Biotechnology from Worcester Polytechnic Institute.

Dr. Weber has worked in the healthcare industry for more than 25 years, including ten years in ophthalmic drug development. He is currently President, CEO and Director of Otonomy, Inc. (NASDAQ: OTIC), a company developing innovative therapeutics to treat hearing and balance disorders. Prior to Otonomy, he was CEO at MacuSight, Inc., a developer of a sustained delivery formulation of sirolimus for the treatment of severe ophthalmic diseases, and acting CEO at Oculex Pharmaceuticals, Inc., a specialty pharmaceutical company focused on the development of intraocular pharmaceuticals and drug delivery systems, which was acquired by Allergan. Dr. Weber also held various management positions at Oral-B Laboratories and Procter & Gamble.